Who was Baba Harbhajan Singh? 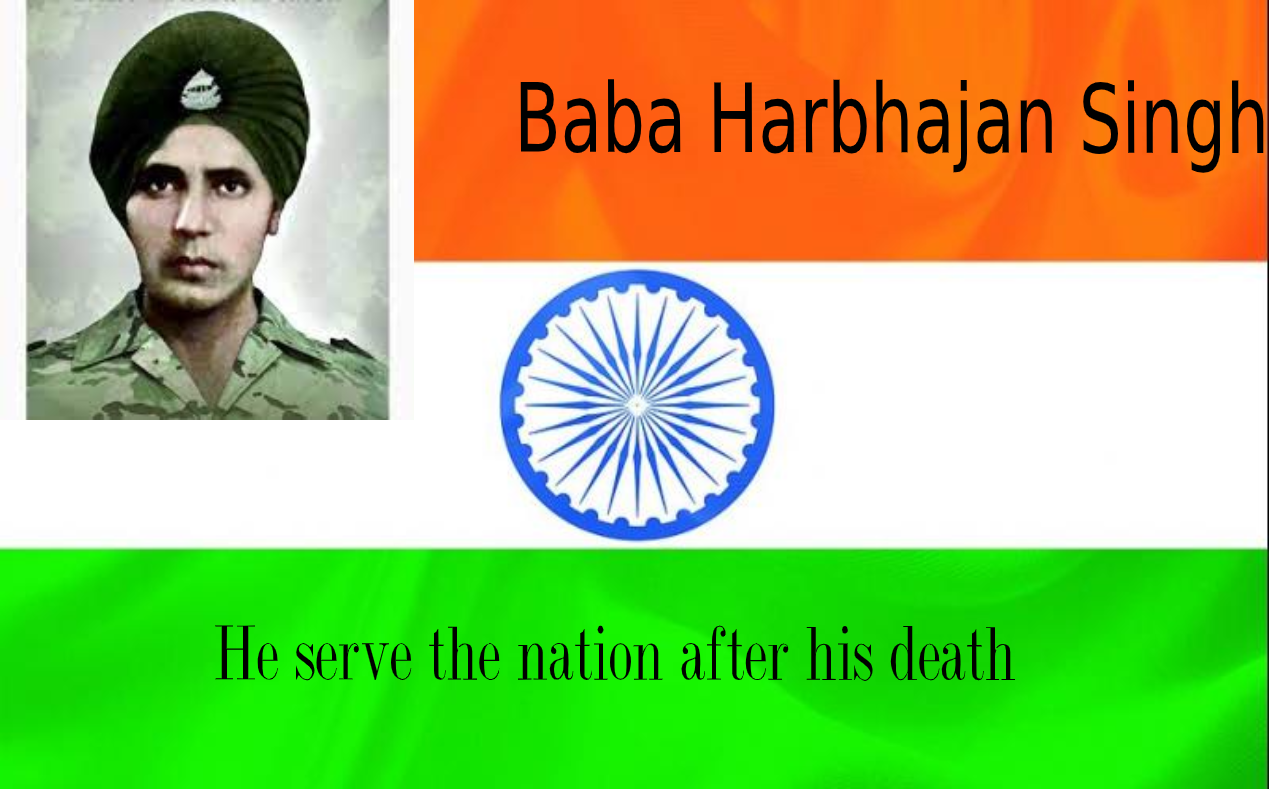 India is a country where the army and soldiers are given very high places and the people of India pay them great respect for their service. One such hero’s life is discussed. The dedicated normal man with high dreams of serving the nation and protecting the country and its people at any cost, Baba Harbhajan Singh. He served India from 30th June 1965 to 1st December 2006(Posthumous Retirement).

There are many superstitions and false beliefs when it comes to the Indian army, but this one is an exception. Late Baba Harbhajan Singh is a soldier who served the nation not only when he was alive but also after his death. Harbhajan Singh sacrificed his life for the country. He is known by the name “Hero of Nathu-La” by the soldiers of India. Not many people knew about him until a short film, starring the famous youtube star, Bhuvan Bam was released.

Harbhajan Singh was born to a Sikh family on August 30, 1946. During the time of his birth, the entire nation was engaged in patriotism and maybe that is why he was so devoted to the country and wanted to serve it.  He was born in Punjab, Pakistan. After the partition of India and Pakistan, he moved to India. He completed his preliminary education from a school in the village and then did his 10th by enrolling in DAV High School at Patti, Punjab, in March 1965.

After completing his education, Harbhajan was so determined to join the military, so he got enrolled as a soldier in Amritsar. He later joined the 23, Punjab Regiment on 9th Feb 1966. On 30 June 1965, he was sent to the 14 Rajput Regiment, where he served as a soldier in the India-Pakistan War. Harbhajan had never served in a war before this one, it was his first time to experience such a situation. After some time, he was transferred to the 18 Rajput Regiment. Here he served wholeheartedly for 3 years.

Baba was martyred in 1968 on the 4th of October,  near the Nathu-La pass in eastern Sikkim, India. He was 22 at the time he died. According to the legend, he was a victim of the battle that was going on at that time at 14,500 feet(4,400m) Nathu-La mountain pass, which is between Tibet and Sikkim. He got stuck in a glacier while leading some mules carrying supplies to a remote outpost. He then drowned in the glaciers. His remains were found after a three-day search carried by the soldiers. This is how people say he served the nation even after he died. His body was cremated with full military honours and with all due respect. He was accorded with Maha Vir Chakra on January 26, 1969, for his bravery and service to the nation.  Every year on the 11th of September, a jeep full of Baba’s belongings leaves for the nearby railway station from where his belongings are sent to his village with all customs and regulations.

The legends claim that late Singh helped the search party find his body as one of the soldiers had a dream about him leading to his dead body and the body was found exactly at the place after 3 days, that the soldier had claimed he saw in his dream. Some of the soldiers also said that in the event of a war between India and China, Harbhajan used to warn them of an impending attack at least 3 days prior. Legends also claim that during flag meetings between two nations, which are held at Nathu-La, the Chinese set an empty chair aside to honour Harbhajan Singh.

Harbhajan Singh was a very disciplined and strict soldier. He would punish the soldiers who would try to break rules or are undisciplined or have a dirty uniform. He would slap them himself as a punishment. His own uniform which displayed, need not be cleaned by anyone as it gets cleaned by his own soul. There were beliefs stating that after his death people used to put water bottles at his shrine and pray for his blessings and then take bottles and give the water to the people who were ailing, as Baba had powers that could heal. He was named “Baba” by the Indian soldiers and the people of India. People considered him a Saint.

A temple named “Baba Mandir” was made in his memory. Legend said that this shrine was made a temple because one of the soldiers had a dream about Singh telling him to make it in his remembrance. People worship him as it is said that he still serves to protect the country and its people.