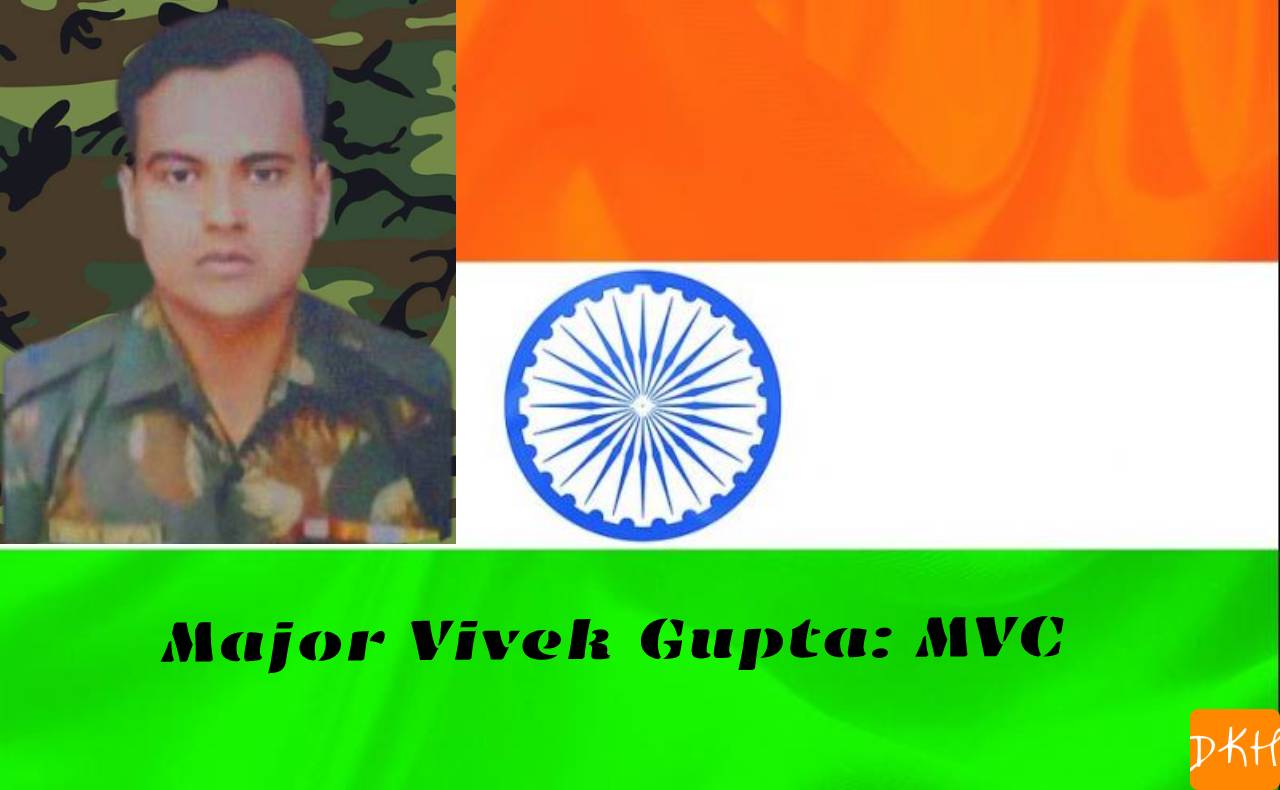 Major Vivek Gupta was brought into the world on January 2, 1970, in Dehradun, Uttarakhand, to Lt. Col BRS Gupta (father). As he was naturally introduced to a military family, he was urged to Join Indian Army subsequent to hearing accounts of fortitude and life in the military.

Major Vivek Gupta was commissioned into the Rajputana Rifles Regiment, an Indian Army distinguished infantry regiment, on June 13, 1992. Major Vivek Gupta received recognition from the Chief of Army Staff (COAS) for killing a Pakistani insurgent in hand-to-hand combat. He was also a weapons teacher at the Mhow Infantry School.

MAJOR GUPTA DURING THE KARGIL CONFLICT

When the Indian Army didn’t have enough information regarding the scope of the intrusion during the Kargil War in 1999, the 2nd Rajputana Rifles were dispatched to the conflict zone. Major Vivek Gupta and other members of the 2nd Rajputana Rifles were tasked with capturing Tololing Top 4590 in the Drass area at the time. He was part of the commando unit for light machine guns.  The assigned region was a risky mission because it required an uphill climb past entrenched enemy positions. At the time, the opponent possessed a height advantage.

Major Vivek Gupta was killed on June 13, 1999, after his company was hit by a succession of multidirectional bullets from the enemy camp, ripping open his body after securing two difficult posts in a day in the wind-swept and freezing slope area of the Drass sector. Major Vivek Gupta’s body, however, could not be collected and deposited on the Tololing Top right away. The Indian Army commenced a mission to recover the corpses of the deceased soldiers on June 15.

Major Vivek Gupta was murdered seven years ago, on the same day he joined the Rajputana Rifles. As per Lt. Col BRS Gupta, “Realizing that his whole organization was an obvious target after shots were discharged from each heading,” Major Vivek dispatched a performance strike against the Pakistanis. While my 27-year-old son was proving his worth, his fellow troops continued to conquer new heights.’

HIS FINAL WORDS IN HIS LETTER:

‘You should be proud of me,’ Major Vivek Gupta said in his final letter to his family on June 8, 1999. ‘In this uniform, I am doing something for the country, and being a company commander at this time is the best experience one can have.’, he mentioned. However, the message was delivered to his family after his death on June 17, 1999. He was laid to rest with full military honours just minutes after the letter reached his family.

We give respect and honor this Desh Ke Hero to his sacrifice and valor for our motherland.