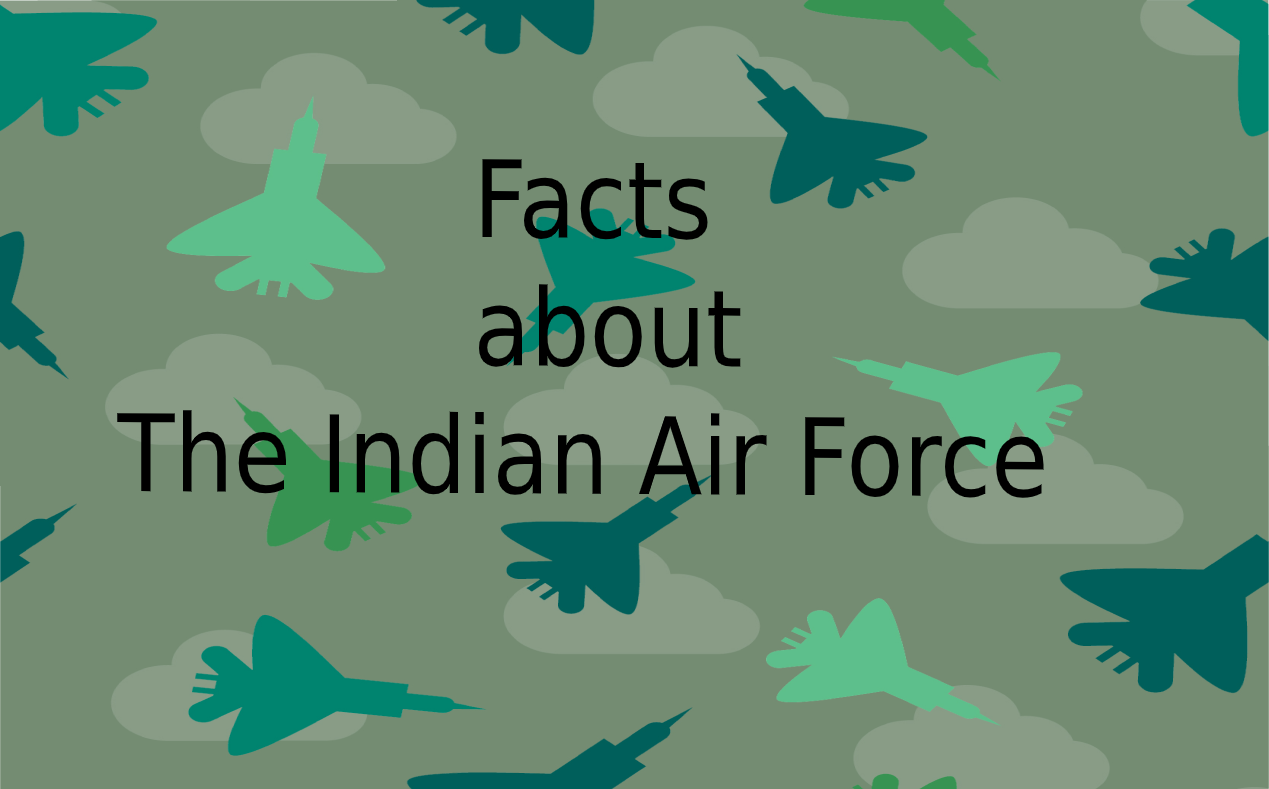 The Air Force has a total aircraft strength of two thousand eighty-two. It has 520 fighter jets, 694 attack aircraft, 248 transport aircraft, and their trena aircraft that are a total of 360, for their total helicopter strength is 692, and they have 17 attack helicopters in their possession.

This one is also a history-making to the largest Indian Air Force formation which flew from the Ebola Air Force station from 1987 to 1988, was given the nickname Mammoth Formation. The aircraft that made up the formation were the Canberra bomber aircraft, the MIG-25, MIG-29 at Gede Mirage 2000, the MC-20, the Hawker Hunter, the Jagwar, the MIG-23, and the MIG 21 and F.

So the first major war fought by the Indian Air Force was actually not for the country of India, but rather for the allied forces who are battling the axis forces. The Indian Air Force back then was a supplementary force of the Royal Air Force of Britain, but they played a very important role in World War 2 by blocking the advancing Japanese army in Burma. They also carried out airstrikes against the Japanese forces in Thailand. And it was during this period that the Indian Air Force really expanded and acquired new aircraft.

Fast-forwarding some years following the 1965 war, the Hindustan Aeronautics Limited or HAL, intensified the power of the Indian Air Force by supplying 72 HS-748 and other aircraft today. HAL is considered one of the largest aerospace companies in all of Asia. An Indian Air Force C-119G flying boxcar is a Military transport aircraft used back in the 1960s.

Here, the propellers of it are idle as well as the engine is off and yet it’s in the air, flying. This was made possible only because of the ORPHEUS jet pod, which was placed on the top of its fuselage. The aircraft flew on the power of the pod alone and it was utilized by the Indian Air Force to shorten the takeoff distance, which gave the aircraft short takeoff and landing capabilities. They had an air force also use the J- 34 turbojet engine for short takeoff and India  C-119 holds the record for being the first aircraft to take off from the Daulat bagh, with an ORPHEUS pod.

The Air Force’s motto is Touch the Sky with Glory. And that line was actually taken from the 11th chapter of the Bhagavad Gita. Lord Krishna said these words to Arjuna during the Great War of Mahabharata in this particular passage. Lord Krishna is showing his divine form to Arjuna. And this form of Lord Krishna actually reached the sky with glory, invoking fear and baffling the mind of Arjuna. The Indian Air Force aims to overwhelm enemies using their airpower, so the analogy is very fitting.

The last thing to share is that the Indian Air Force also has a special forces unit known as the Guard Commando Force. It was formed in the year 2000 and for the counterinsurgency operations, an emergency unit was formed by the Indian Air Force in response to threats to their airfields. Today, the Guard Command Force has nearly 2000 specially trained personnel, who protect critical Air Force bases. But not just that, they conduct search and rescue operations, as well as help with disaster relief efforts and a whole lot more since being established on October 8th of 1932 as a supplementary air force for the British Empire.

The Indian Air Force has come a very long way. And as their motto suggests, the power and dominance of their air force are nowhere near their full potential.

One thought on “Best Facts about the Indian Air Force.”