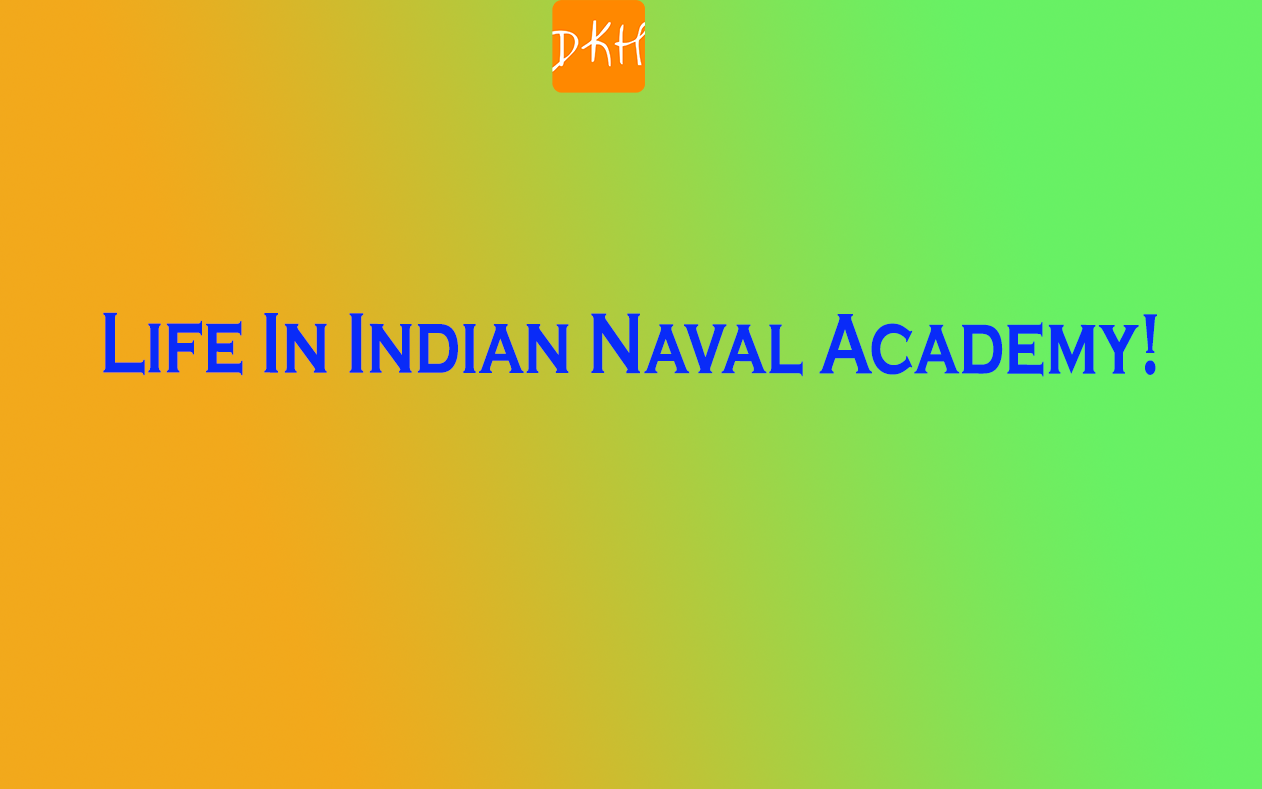 This is unforgiving the oceans have tested man with braving the storms and riding the roaring waves warships of the Navy sentinels of the sea operate all through the year to ensure our security on land and protect the nation’s maritime interests wherever they may live. This inspiration to breathe all odds and remain committed to duty honor and country before self begins at the Indian Naval Academy.

The Indian Naval Academy is not just any college it is a military institution, whether young cadets learn that the Indian Navy is not just any career but a way of life. The values of teamwork in a disciplined way and jury in service that these cadets invite from the Academy are life-changing.

The Academy also reflects the promising future of our country. 90% of our trade is made through the sea and these rules define our sea lines of communication. The Merchant Navy is a key catalyst for economic development. However, piracy, armed robbery, and even a disruptive enemy can threaten to affect our economic and other national interests in the Indian Ocean region. It is the Indian Navy that is responsible for safeguarding our sea lines of communication.

They ensure the safety and security of the Merchant Navy, our maritime interests, and India’s economic security. The responsibility to produce the finest officers to man and maintain our Navy ships, submarines, and aircraft to safeguard our interests at sea lines. The Arabian Sea and the historic Mount Dilli offer a pristine backdrop for the Indian naval academy which occupies about 2,500 acres of land in the Canoe district of Kerala.

It is here that the future naval officers are nurtured, whether it is the state-of-the-art technology in the classrooms or the best sports in outdoor infrastructure for cadets in the Academy. All of these, they learn to concentrate, retain composure under stressful conditions, and developmental toughness skills which are so critical to succeeding in battle. The Academy provides time and resources to train and equip them to meet any challenges at sea or on land to make naval officers of boys fresh from schools.

India is rapidly growing in the social, political, economic, and technological arenas, and therefore what is vital for the armed forces to ensure peace to protect this path of progress. The Indian Naval Academy prepares its cadets to meet the challenging demands of naval missions across the maritime spectrum; these cadets provide a remarkable example for the great future of our country.

The Academy provides the means to bring people and technology together to accomplish the future needs of our country. The cadets from the I&E will ensure and secure oceans for India’s present and future droughts as a naval officers. The Indian Naval Academy is located at one of the most beautiful spots in the country which is north of Kerala. There are world-class facilities both for technological education as well as professional military education. It is here that we turn out the best quality officer both men and women for the Indian Navy which is designed and created to protect the maritime interests of the nation.

All our young people aspiring to join the Indian Naval Academy must have the hunger to excel intellectually physically and emotionally. The Academy will provide the intellectual foundation for further education and will also enable them to respond effectively to all possible challenges in today’s rapidly changing world. There are no shortcuts to success here only hard work, true dedication, and a positive attitude to ensure success at the academy. This is not any regular engineering college the I&E educates to ensure that each and every cadet commissioned into the Indian Navy as an officer and truly understands his mission and the Navy’s vision.

The academy imbibes in its cadets military and physical skills required to succeed in combat but at the same time also builds the intellectual capital of the nation. The intellectual foundation for service has a well-educated commissioned officer or possesses the knowledge and skills necessary for continued growth as an Indian naval officer is developed in this Academy. The professionalism, competent character, and confidence to act decisively on matters of concern to the nation are all part of a well-rounded education.

The Indian Naval Academy offers us and we learn each day, how to conduct mannerisms and courtesies of defense personnel.

The B-Tech curriculum is just one aspect of life at the Indian Naval Academy cultural evenings help cadets understand the pluralistic ethos of our country and provide the grounding in history, social sciences, literature, and Fine Arts, which is necessary for a well-rounded naval officer.

Quiz and debating competitions build their knowledge and competitive spirit sports like football, basketball, billiards in sailing foster the essence of teamwork in all avenues of life. Horse riding, ceiling, and well-equipped gyms are provided for the all-around growth of the cadets and equip them for the future life in the Navy.

We aim to produce intellectually sound technologically competent officers who will make things happen and will also have the capacity to lead the Indian Navy for the next several decades even in the face of a rapidly changing technological environment, are you ready to join the Indian Naval Academy, are you ready to be committed to a life that is wholesome adventurous fulfilling and ever ready to counter any challenges but threatens the sovereignty of India.