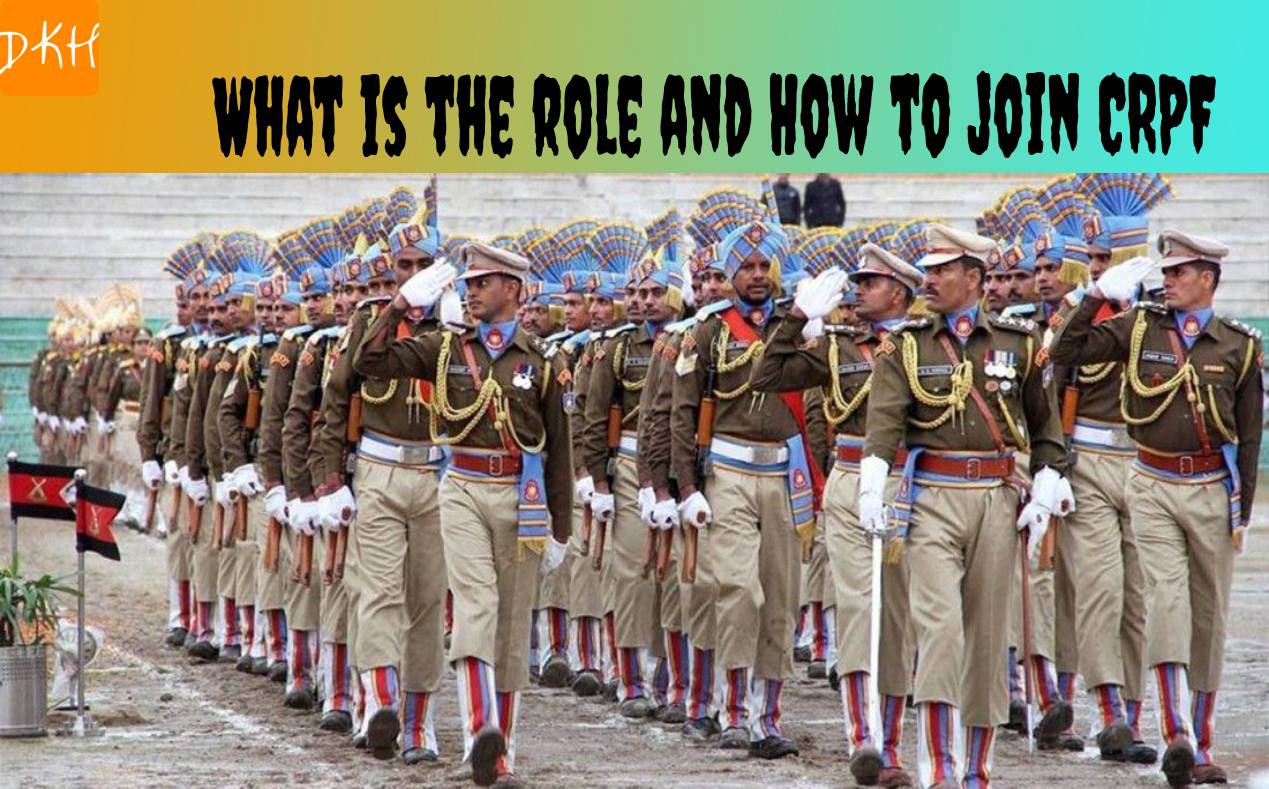 CRPF stands for the Central Reserve Police Force. CPRF is a paramilitary force under the Ministry of Home Affairs. Its function is to assist police operations in the states and union territories to maintain law and order and to prevent terrorist activities. CRPF has been deployed in anti-Naxal operations for the last five years.

CRPF was established on 27 July 1939 as the police of the Crown Representative.  Along with this, it has been playing a more important role, especially when it comes to election-related duties in the states, then only CRPF personnel are deployed for election-related violence and booth capturing. It is the world’s largest paramilitary with 210 battles apart from various establishments.

What is the Role of CRPF?

How to Join CRPF?

The candidate must complete three stages to recruit CRPF. In the CRPF selection, the candidate has to clear the written exam, physical exam, medical exam, and finally the interview.

After passing the written examination of CRPF, physical test and medical test are called. It has a run of 100 meters, which has to be completed in 16 seconds (male) and 18 seconds (female). Furthermore, there is a long hop of 5 meters and 3 meters, a high hop of 1.05 meters (male) and 0.90 meters (female). A medical test is conducted after passing the physical test. The candidate will be given three chances to fulfill the minimum requirement in the long jump and high jump. If the candidate fails on any of these three occasions, then that candidate will be disqualified.

For the candidate to enter the post of constable in CRPF, the candidate has to take the written test first. In the physical round, the height for the male candidate should be 170 cm, and for the female 157 cm. For male candidates only, the chest size without inflating 80 cm and 85 cm after inflating. The weight for both males and females should be in proportion to height and age according to medical standards.