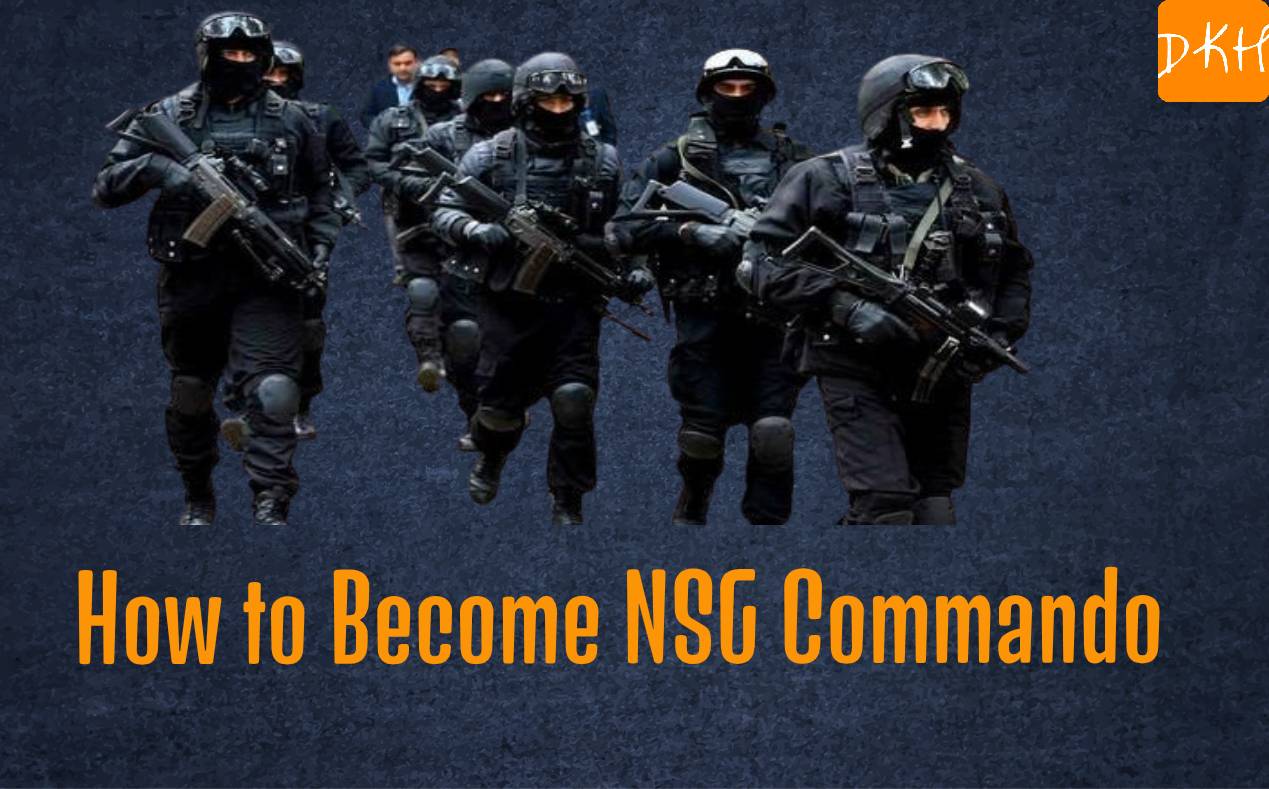 The NSG stands for the National Security Guard. NSG Commandos are a special force unit of the Indian armed forces which comes under the Ministry of Home Affairs, the Government of India. NSG Commandos was established in 1984 as the Federal contingency Deployment Force to deal with all terrorist activities in the country.

The motto of the NSG Commandos is ‘SARVATRA SARVOTTAM SURAKSHA‘, which means the best security everywhere. NSG is the elite force unit that was formed to provide the best security services to the nation. NSG is an elite force that works entirely under the structure of the Central Armed Police Force. It is one of the finest Counter-Terrorist Forces in India, which performs major roles ranging from Counter Terrorism to Hostage Rescue and VIP Protection. NSG Commandos is also known as Black Cat Commandos due to its Black Coordinated Uniform and Black Cat insignia.

NSG is a deputation force and that is why it does not have any direct entry. The recruitment of NSG Commandos is done by the current available Defense Forces only. NSG Force has two different divisions in the form of SAG and SRG. These are two complementary elements. SAG stands for Special Action Group, whereas SRG stands for Special Ranger Group. The SAG division is used for special operations such as terrorist activities, hijacking, and bomb disposal. For SAG only the Indian Army personnel are selected.

The age of any candidate to apply for NSG should not be more than 30 years. The selection procedure of NSG Commandos is very demanding and the dropout rate for the same is 70 to 80%. The training of the NSG Commandos is conducted in the National Security Guard Training Centre in Manesar, Haryana which is 50 km far from New Delhi. This training lasts for 14 months but before that, the Commandos are supposed to complete the basic training of 90 days durations.

In the basic training, the Commandos are supposed to complete approximately 26 tasks in 18 minutes and along with that obstacles of 780 meters have to be crossed and achieved. If the selected candidates fail to complete the task in the 20 to 25 minutes then they are rejected. The candidates who complete these tasks in 9 minutes are then sent to Commando ‘A’ category. After the 90 days of basic training, the Commandos have to face the 9 months of advance training.

During this course of training, the Commandos are given various Hi-Tech gadgets and weapons and they are taught to operate them during this period of training. The shooting skill of NSG Commandos is very powerful as an individual Commando fire live ammunition from around 50,000 to 62,000 during his fire training. Whereas, any normal soldier would have not even fired these many in his entire life.

The Commando sometimes fires around 2000 to 3000 rounds of ammunition in one day during the training. Commandos’ fire practice is very complex and very advanced. Commandos have to hit 14 different targets in a duration of 25 seconds. These 14 targets could be of different types. Around 53% of the NSG Forces are elected from the Indian Army and 47% are elected from the Paramilitary Force. NSG Commands’ maximum service period is 5 years. In these 5 years, only 15 to 20% of personnel are there; the remaining personnel is sent to their parent unit after 3 years.