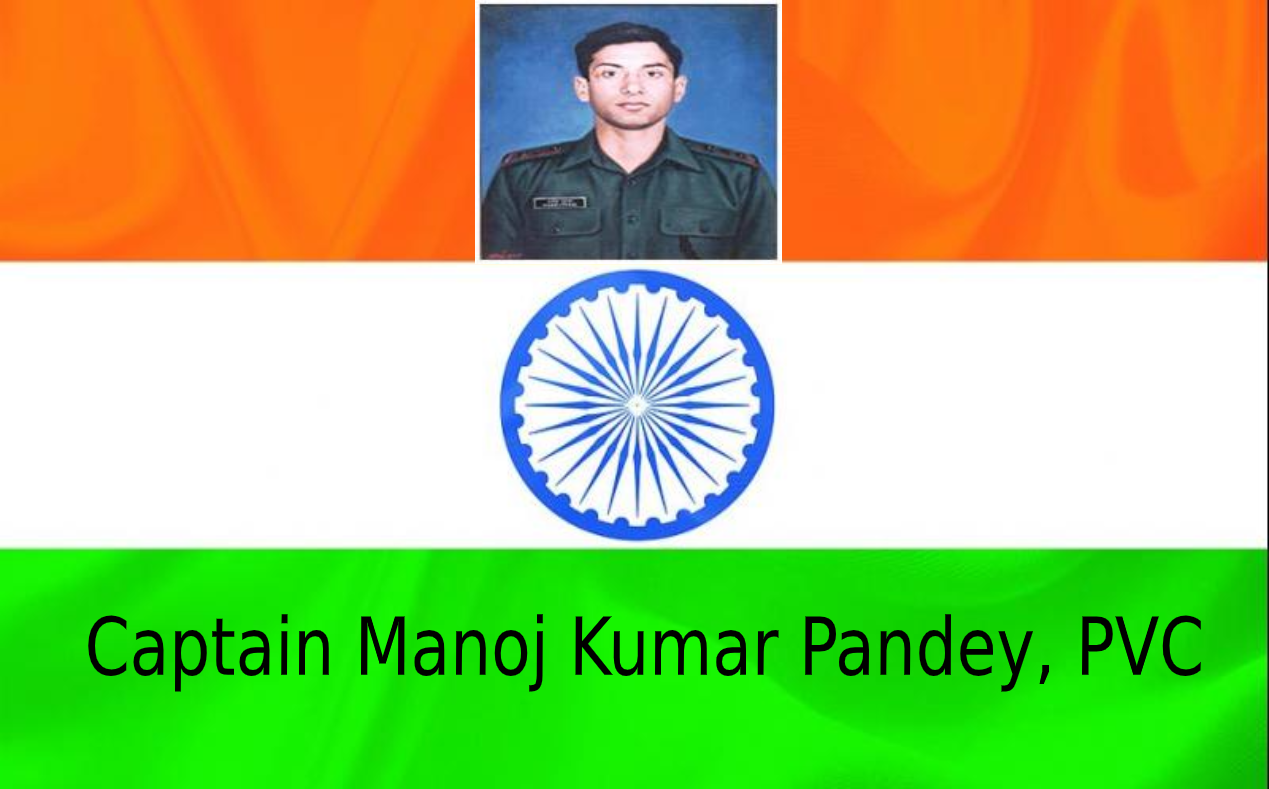 One of the brave warriors of the Indian Army, Captain Manoj Kumar Pandey, is listed amongst the superheroes of the Kargil war in 1999. He was the one who single-handedly destroyed four enemy bunkers of Pakistan. After knowing how his life was, it will make each one of us proud that we are living in the same country in which these fierce and brave souls were born.

Captain Manoj Kumar Pandey was born on 24th June 1975 in Rudha village in the Sitapur district of Uttar Pradesh, India. His father was Gopi Chand Pandey and he was a small-time businessman and his mother was Mohini. He was the first child to them. He completed his preliminary education at Uttar Pradesh Sainik School, Lucknow, and Rani Laxmi Bai Memorial Senior Secondary School. His interests were more drawn in sports with boxing and bodybuilding, in particular. He has decreed the best cadet of junior division NCC of Uttar Pradesh directorate, in 1990. It was his mother’s biggest contribution to motivating the captain for patriotism when he was a child.

In early May of 1999, an intrusion was reported at the Kargil sector. At that time, the 1/11 (1st Battalion of 11th Gorkha Rifles) Gorkha Rifles Battalion had just finished a one and a half year tenure in the Siachen Glacier and was on the move to its peace-time location in Pune. They were asked to report at the Batalik sector in Kargil. He could have chosen to take a rest and go on holiday but instead, he chose not to and did have the thought of service before himself in his heart. He was the first officer who willingly offered to participate in the Kargil war. The team was commanded by Colonel Lalit Rai. Their first responsibility was to conquer Jubar, Kukarthaam, and Khalubar areas and their headquarters were in Yeldon. During this time, Pandey was promoted to the rank of Captain from Lieutenant.

From 2nd to 3rd July, Captain’s team left to conquer Khalubar. Due to his efficient leadership, they were successful in conquering Khalubar Pt. Around this time, while Captain was having close encounters with the enemies and was destroying the enemy bunkers single-handedly, he was very much injured. He had a fatal burst at his head. He had vandalized almost 3 bunkers already and with a grenade destroyed the fourth one too, but while he was destroying the 4th one, his body gave up, and therefore, he crumbled at the last dugout and surrendered to his wounds. He said do not spare anyone in Nepali to his fellow soldiers and those were his last words.

A few of his diary entries say, “Some goals are so worthy, it’s glorious even to fail!” and “If death strikes before I prove my blood, I promise(swear), I will kill death”, this states his dedication for his role. Before his tragic death, he had written a letter to his family back home, informing them about the situation of the war and asking them to pray for his victory and that he could chase the enemies off from our Nation, to which his mother had replied telling him to not step back at any cost. Posthumously, Captain Manoj Kumar Pandey was awarded the highest gallantry award, Param Vir Chakra for his audacious courage, bravery, and leadership during the war. Today also his tales of bravery prevail. The people say, Brave souls never die, they get immortal in the hearts of the people. Captain Manoj Kumar is an example of devotion and love for the country, for future generations.